I have now updated my wantlist with additional stuff i look for with Ghost, Metallica, Wasp, Rolling Stones, Watain, Ebba Grön, Hanoi Rocks to name a few, both records vinyls and tourposters, tourbook and memorbilia. 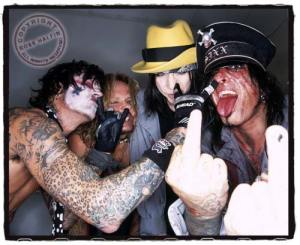 Motley Crue’s brand new song “Sex” will finally be released, i was hoping for it to be released in time for the European tour, that didn’t happened, but now it seems they will release it in time for the American tour with Kiss. So maybe they also include it in their setlist on the US tour.

“Sex” will debut on Friday, July 13 on SiriusXM and be available on Tuesday, July 17 — three days before the tour begins.

As i understand the single will only be available as a digital download (mp3 and flac), too bad, but really looking forward to hear the song! I will post it here on this blog as soon as it is made available.

Update: Motley.com have now posted a 30 seconds preview clip, you can listen to it here, it sure does sound promising! 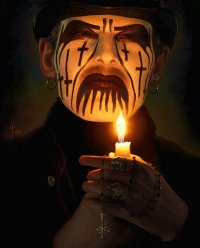 King Diamond who have been on hiatus for several years now after undergoing triple bypass heart surgery and having back issues have now teamed up with ICM and The Agency Group, a booking agency so it seems that King Diamond have plans to hit the roads again.

Hopefully we can also see the light of day of a new King Diamond solo album, or another Mercyful Fate album since a almost complete line-up of Mercyful Fate joined Metallica on stage some weeks ago to celebrate “30 years of Metallica”.

It has just been confirmed that King Diamond has joined forces with Nick Storch at ICM and Paul Ryan at The Agency Group.

“It is great to be in the top professional hands of Nick and Paul. They both come highly recommended by Brian Slagel of Metal Blade, who personally suggested the partnership that is now in effect. ICM and The Agency Group have so much combined experience, which will open new doors for us. When it comes to getting us back on stage again, we all agree on how to bring King Diamond to a whole new level. Within a few weeks, we should be able to announce the first part of our plan.

WELCOME ON BOARD AND STAY HEAVY.”  –  King

King Diamond adds: “There’ll be a lot more great news coming the next couple of weeks. It’s been difficult keeping everything under wraps, but soon it will all be out in the open. I want to thank you for your amazing patience. We will get back to the Skype sessions in not too long as well.”